Try this simple but effective positive parenting strategy to turn around challenging behaviour.

So this one’s called ‘don’t say don’t’ and this was really helpful to me when my children were little. 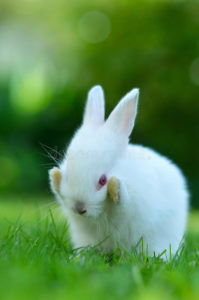 So it’s really hard – it’s just how our brains work. So if we say don’t it almost visualises that. Don’t becomes silent and you hear the do at the end.

So when you’re speaking to children if you think about the last two words that you’re saying, those are the words that they’re most likely to hear and act on.

So if we say “don’t hit me” they’re likely to hit you because they just hear “hit you”!

or if you say “don’t fight” then they just hear “fight”!

So if you could say instead of “don’t fight” you could say “keep your hands to yourself” or “go to your room” or “just take a moment, take a breath” and things like that so they hear the positive way.

So it’s really something that once you’ve mastered is great.

I don’t do it all the time, even though my kids are not kids anymore.  So just try to be really positive about it and if you hear yourself saying don’t it’s fine just follow up with the positive.

Small Business of the Year 2013

You can find out more about which cookies we are using or switch them off in settings.

This website uses cookies so that we can provide you with the best user experience possible. Cookie information is stored in your browser and performs functions such as recognising you when you return to our website and helping our team to understand which sections of the website you find most interesting and useful.

Strictly Necessary Cookie should be enabled at all times so that we can save your preferences for cookie settings.

If you disable this cookie, we will not be able to save your preferences. This means that every time you visit this website you will need to enable or disable cookies again.